One of the most important contributions to modern culture that comes from the Middle Ages are the universities.  The ancient Greek and Roman world did not have universities.  They had institutions of higher learning such as Plato’s Academy, but they did not have universities.  The name of the institution tells you much about what it proposed to do:  universities were supposed to bring all knowledge together in one location with many different professors and students from all over the world, all of whom knew Latin, the language of a Medieval university.  Two of the most important of the early universities were Italian: the University of Bologna specializing in Law, and the University of Padova (Padua in English) specializing in Medicine.  We will discuss their creation and evolution and the role they played in the growth of Medieval Italy. In both Padova and Bologna, the university is the most important institution in the city and has significant political power and influence.  A great university could MAKE a city; it could  put it on the map!  Thus any threat to withdraw and relocate was a potential catastrophe.

The Rise of the Universities ,

"The republication of Charles Homer Haskins' The Rise of Universities is cause for celebration among historians of higher education and among medievalists of all disciplines...Haskins' argument is a powerful one: that today's university system is a direct (and immediate) descendent of the collections of scholars who gathered around master teachers in the great cities of Europe during the twelfth and thirteenth centuries...[His] thesis was profound for its time and remains the guiding interpretation of medieval universities."

See below the University of Bologna. 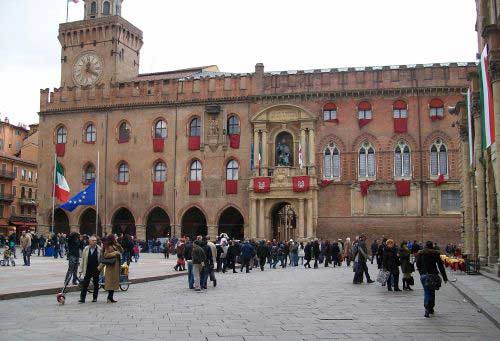