By 500 BC, the successful Greek colonies along the coast of Asia Minor were becoming a constant irritant to the large Persian Empire that claimed this territory as theirs. Finally, by the end of the 6th Century, the Persian leaders decided to invade European lands across the Hellespont, and defeat the Greek homeland once and for all. Thus, from the early 400s, mainland Greece was the target of one of the largest invasions in ancient history. The author who writes all about this is Herodotus. We call him the "first historian" of the West. And when we say that, we mean that he is the first person we know about to sit down and assemble documents, and travels to locations, and interview participants, and then to attempt to tell the whole story in human terms. 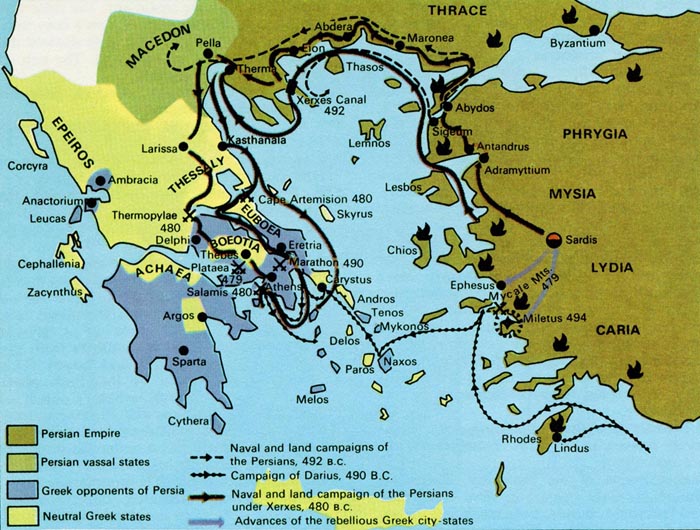 Persian Fire: The First World Empire and the Battle for the West,