The Parthenon is the most influential building in the entire history of Western architecture.

"The Parthenon is a former temple on the Athenian Acropolis, Greece, dedicated to the goddess Athena, whom the people of Athens considered their patron. Construction began in 447 BC when the Athenian state was at the peak of its power. It was completed in 438 BC, although decoration of the building continued until 432 BC. It is the most important surviving building of Classical Greece. Its decorative sculptures are considered some of the high points of Greek art. The Parthenon is regarded as an enduring symbol of Ancient Greece, Athenian democracy and Western civilization, and one of the world's greatest cultural monuments. To the Athenians who built it, the Parthenon and other Periclean monuments of the Acropolis were seen fundamentally as a celebration of Hellenic victory over the Persian invaders and as a thanksgiving to the gods for that victory. As of 2018 the Greek Ministry of Culture was carrying out a programme of selective restoration and reconstruction to ensure the stability of the partially ruined structure." (Wikipedia)

The magnificent night photo of the Acropolis is by Terry Allen. (Flickr) 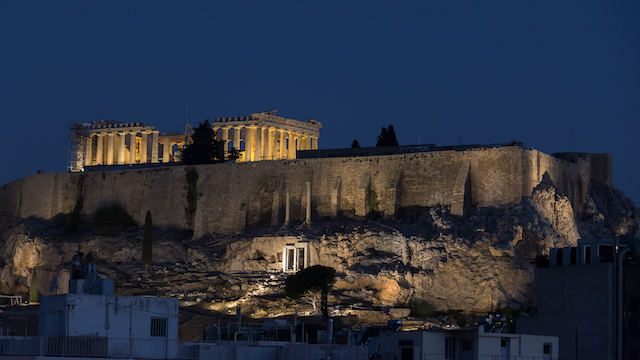