The life and career of Isocrates introduces us to the new world of 4th century Athens in which the tricks of speechmaking can make you rich. That is what happened to Isocrates. His long life will allow him to watch the slow decline of Greece as city-states battle with each other while larger enemies watch carefully and make plans.

Here below is a brief biography from Wikipedia:
Isocrates was born to a wealthy family in Athens and received a first-rate education. He was greatly influenced by his sophist teachers, Prodicus and Gorgias, and was also closely acquainted with Socrates. After the Peloponnesian War, his family lost its wealth, and Isocrates was forced to earn a living. His professional career is said to have begun with logography: he was a hired courtroom speechwriter. Athenian citizens did not hire lawyers; legal procedure required self-representation. Instead, they would hire people like Isocrates to write speeches for them. Isocrates had a great talent for this since he lacked confidence in public speaking. His weak voice motivated him to publish pamphlets and although he played no direct part in state affairs, his written speech influenced the public and provided significant insight into major political issues of the day. Around 392 BC he set up his own school of rhetoric (at the time, Athens had no standard curriculum for higher education; sophists were typically itinerant), and proved to be not only an influential teacher, but a shrewd businessman. His fees were unusually high, and he accepted no more than nine pupils at a time. Many of them went on to be philosophers, legislators and historians. As a consequence, he amassed a considerable fortune. According to Pliny the Elder, he could sell a single oration for twenty talents.

The Last Days of Socrates,

From Democrats to Kings,

Aristotle's Way: How Ancient Wisdom Can Change Your Life,

Socrates: A Man for Our Times, 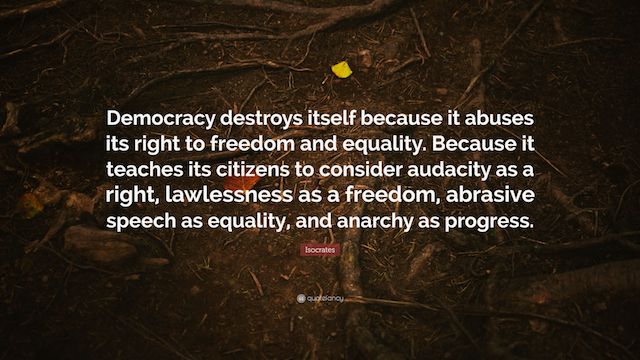