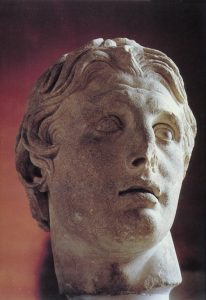 The Nature of Alexander,

Philip and Alexander: Kings and Conquerors,

The best introduction to ancient Greece that I know is the historical fiction of Mary Renault:

Mary Renault (4 September 1905–13 December 1983), born Eileen Mary Challans, was an English writer best known for her historical novels set in ancient Greece. In addition to vivid fictional portrayals of Theseus, Socrates, Plato, and Alexander the Great, she wrote a non-fiction biography of Alexander. It is the best short book about him. (The Nature of Alexander)

The Last of the Wine (1956)—set in Athens during the Peloponnesian War; the narrator is a student of Socrates.

The King Must Die (1958)—the mythical Theseus, up to his father's death

The Bull from the Sea (1962)—the remainder of Theseus' life

The Persian Boy (1972)—from Bagoas's perspective; Alexander the Great after the conquest of Persia

The Praise Singer (1978)—the poet Simonides of Ceos

Outline of the Acts of the Apostles