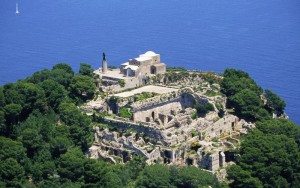 At the right is a photo of Villa Jovis, the spectacular villa that the Emperor Tiberius built here on this promontory on the isle of Capri. Villa Jovis ("Villa of Jupiter") was built by emperor Tiberius and completed in AD 27. Tiberius ruled the whole Roman Empire from this Capri villa until his death in AD 37. Villa Jovis is the largest of the twelve Tiberian villas on Capri mentioned by Tacitus. The entire complex, spanning several terraces and a difference in elevation of about 40 m, covers some 7,000 m² (1.7 acres). While the remaining eight levels of walls and staircases only hint at the grandeur the building must have had in its time, recent reconstructions have shown the villa to be a remarkable testament to 1st-century Roman architecture.  Below, see a reconstruction of Villa Jovis by the German architect Carl Weichardt (1846-1906) in his book, "Das Schloss des Tiberius und andere Roemerbauten auf Capri." 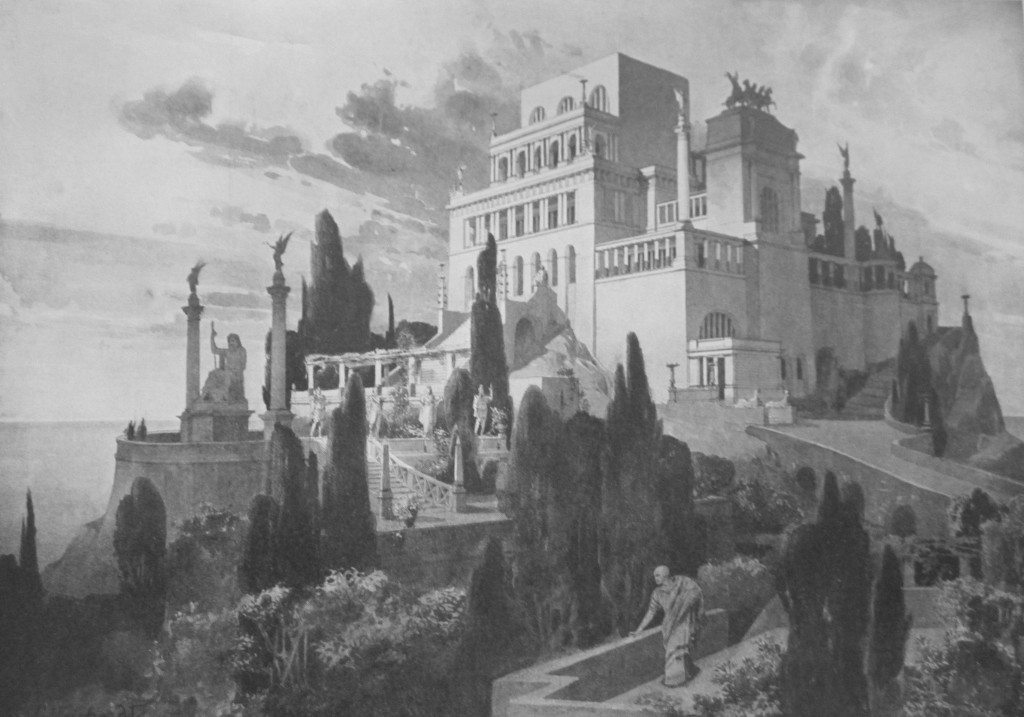