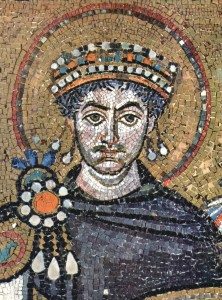 During his reign, Justinian sought to revive the empire's greatness and reconquer the lost western half of the historical Roman Empire. One of the most important figures of late antiquity and the last Roman emperor to speak Latin as a first language,  Justinian's rule constitutes a distinct epoch in the history of the eastern Roman empire. The impact of his administration extended far beyond the boundaries of his time and domain. Justinian's reign is marked by the ambitious but only partly realized renovatio imperii, or "restoration of the Empire". Because of his restoration activities, Justinian has sometimes been called the "last Roman" in modern historiography. This ambition was expressed by the partial recovery of the territories of the defunct western Roman empire. His general, Belisarius, swiftly conquered the Vandal kingdom in North Africa, extending Roman control to the Atlantic Ocean. Subsequently Belisarius, Narses, and other generals conquered the Ostrogothic kingdom, restoring Dalmatia, Sicily, Italy, and Rome to the empire after more than half a century of rule by the Ostrogoths.

(The above excerpted from the Wikipedia article on Justinian)

About the Secret History from Wikipedia: The famous Secret History (Lat. Historia Arcana) was discovered centuries later in the Vatican Library and published by Niccolo Alamanni in 1623 at Lyons. Its existence was already known from the Suda, which referred to it as the Anekdota. The Secret History covers roughly the same years as the first seven books of Procopius' earlier work of history, History of Justinian's Wars and appears to have been written after they were published. Current consensus generally dates it to 550 or 558, or maybe even as late as 562. The Secret History reveals an author who had become deeply disillusioned with the emperor Justinian and his wife, Empress Theodora, as well as Belisarius, his former commander and patron, and Antonina, Belisarius' wife. The anecdotes claim to expose the secret springs of their public actions, as well as the private lives of the emperor, his wife and their entourage. Justinian is portrayed as cruel, venal, prodigal and incompetent; as for Theodora, the reader is treated to the most detailed and titillating portrayals of vulgarity and insatiable lust combined with shrewish and calculating mean-spiritedness.

translated by G. A. Williamson, 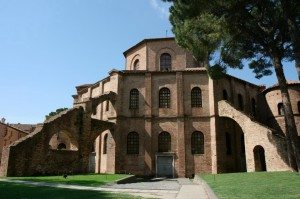 LAST CLASS OF THE YEAR