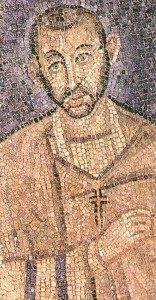 Ambrosius, better known in English as Saint Ambrose (ca. 340 to 397), was an archbishop of Milan who became one of the most influential ecclesiastical figures of the 4th century. He was consular prefect of Liguria and Emilia, headquartered in Milan, before being made bishop of Milan by popular acclamation in 374. Ambrose was a staunch opponent of Arianism. Ambrose is traditionally credited with promoting "antiphonal chant", a method of chanting where one side of the choir alternately responds to the other; and the composition of Veni redemptor gentium (a Christmas hymn). Ambrose was one of the four original doctors of the Church, and is the patron saint of Milan. He is notable for his influence on St. Augustine. (The above is taken from Wikipedia article on Ambrose.)

Our evening on Ambrose will allow us to explore the city of Milan. By the middle of the fourth century, Milan had become the most exciting, the most progressive, the most challenging city in Italy. Rome had been replaced by the ancient northern city whose roots went back to pre-Roman Celtic times.

There remains a considerable amount of Roman Milan to be seen during a visit to the city.

A visit to Roman Milan. Here below you see the Baptistry where Ambrose baptized Augustine in 387 AD. The Baptistry is now under the Medieval Cathedral of Milan, but like so much of Roman Milan, it is preserved and allows us to appreciate the greatness of the Milan of Ambrose. 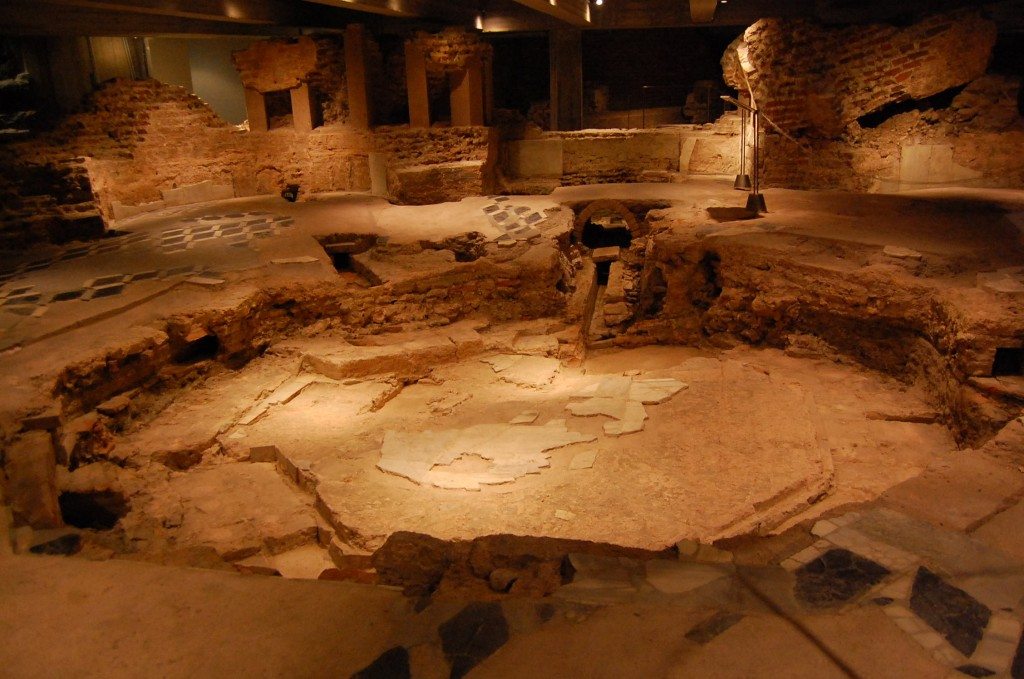