The Year One Thousand

Something near miraculous happened around the year 1000 in Europe. It was almost as if people were energized by the very year itself, the historic moment, a millennium since the Crucifixion. Whatever the motivation, on or about 1000 the international economy exploded with international trade being released by new peace in the Mediterranean. And as a result of all this new trade, certain cities like Pisa and Venice benefited immediately and were able to begin building two of the greatest cathedrals in Europe. The new "Romanesque" style came out of the situation in which a newly rich European society needed an artistic style. and ready at hand was the old Roman style. Roman ruins sat all around Italy, Spain and France. It was easy to imitate or revise this Roman style. And thus was born "Romanesque" a name invented by nineteenth-century art historians. Romanesque spread all over Europe and became the first great international style since the fall of Rome in circa 400 AD. Below you see the facade of the church of Pieve di Santa Maria, one of the purest examples you could ever see of Romanesque. As you can see, the decoration of the front of the church is pure Roman arcade: three rows of gorgeous Roman arches which were copied off of some Roman arch or Roman sarcophagus sitting around Arezzo.

RECOMMENDED TEXTBOOK FOR THE YEAR

There are three major books to use in a history of art class by authors Helen Gardner, H. W. Janson, and Hugh Honour. We are recommending that if you are purchasing a book for the year, then get Hugh Honour and John Fleming's The Visual Arts: A History. It is a beautiful book. It has a reasonable price. And it is available. And it is a great history of art. 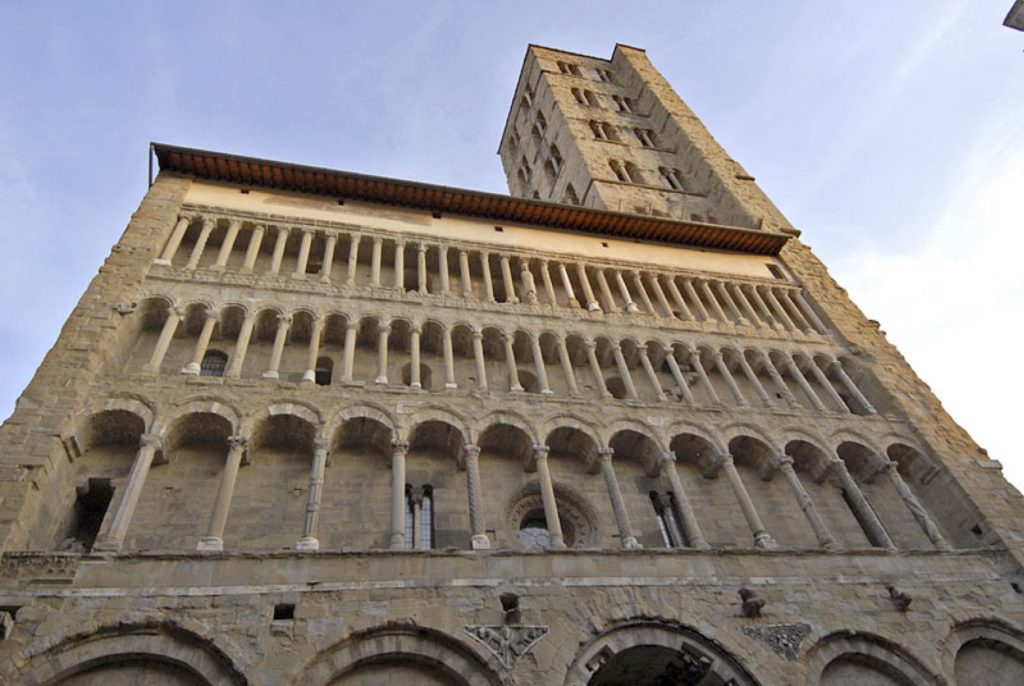