In the second decade of the 16th Century, the most celebrated and beloved painter in the capital of the Christian church was Raphael Sanzio from the small town of Urbino. Raphael had just spent a exciting period in Florence painting there at the same time as Leonardo and Michelangelo and now he was working for Pope Leo XIII, the Medici Pope Giovanni de' Medici. Pope Leo adored Raphael and gave him some of the greatest honors in the city. He showered rewards on the humble but very handsome young man. And all the city beat a pathway to his door, importuning him to paint a portrait or a mythological scene. Raphael was now finishing something he had begun in 1512 for the previous pope, Pope Julius II, Giovanni della Rovere. And as he labored on his painting of Greek philosophy in the papal apartments, Michelangelo worked next door on the Sistine ceiling. The fresco painting upon which Raphael was working would turn out to be his most famous creation and still is known now with the name the public attached to it when it was unveiled  in 1512 -- The School of Athens.

For Raphael in Rome, see Hugh Honour, pages 469-482. He discusses both Michelangelo and Raphael since they are both working for Pope Julius at the same time in the same building. 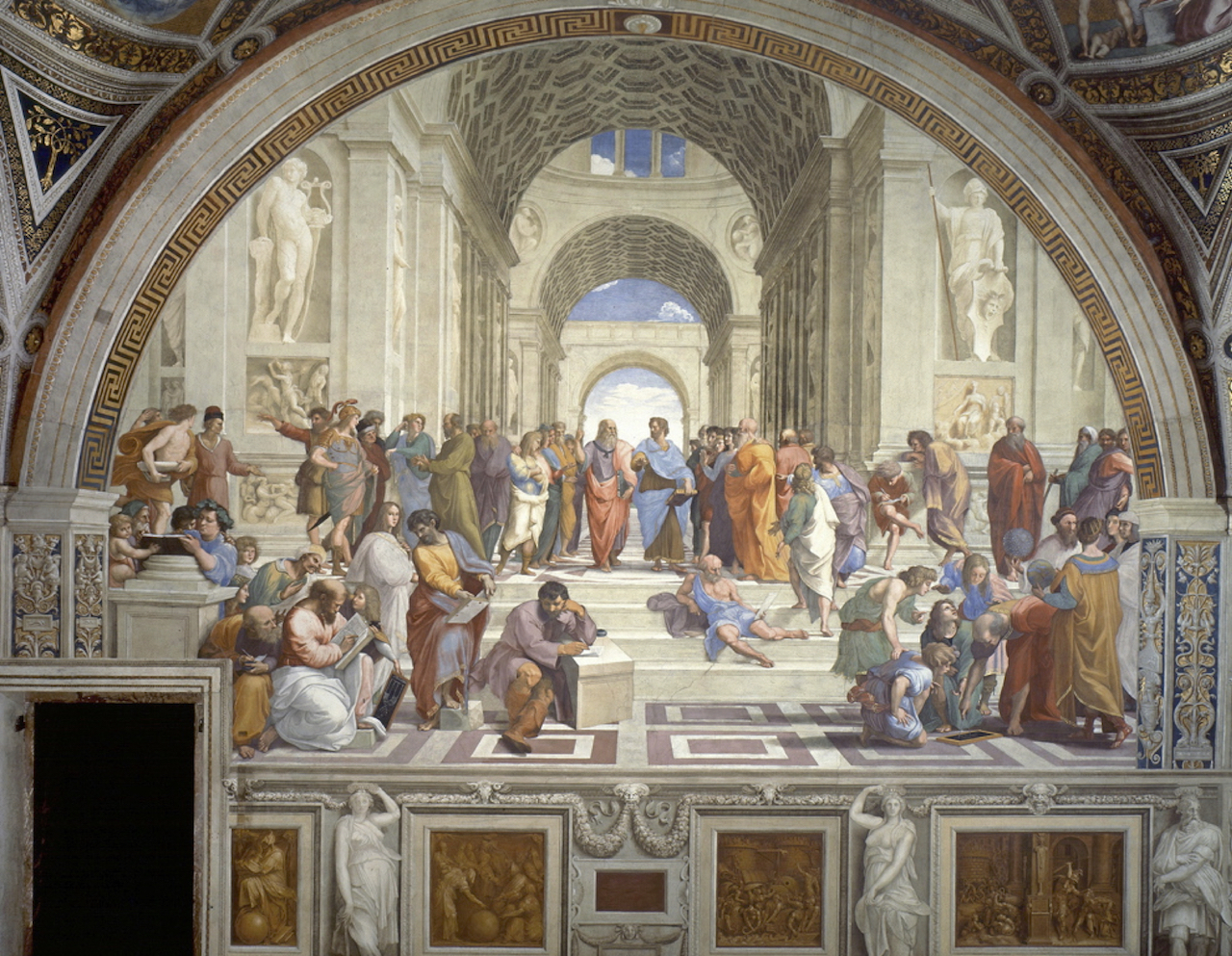