Something completely new emerged in Paris in the 12th Century: Gothic art. This new style was first seen at the church of Saint Denis in the north edge of Paris, the church dedicated to the patron saint of France. Saint Denis became the first bishop of Paris. He was decapitated on the hill of Montmartre in the mid-third century with two of his followers, and is said to have subsequently carried his head to the site of the current church, indicating where he wanted to be buried. Here in 1144, the King and Queen of France, Louis VII and his brilliant wife Eleanor of Aquitaine presided over the dedication of this new church to Saint Denis. Within the church were seen the first Gothic arches ever built in Europe. Something new was being created here. The new style turned away from the old down to earth Roman arches of Romanesque and reached for the sky with soaring pointed arches and flying buttresses that allowed the new churches to go higher and higher. What drove this new style? Mary, the mother of Jesus, Mary the blessed mother, was the inspiration. All of a sudden, the whole of European Christianity changed. What had been a religion of sin and judgement suddenly became a new religion of celebration, of an embrace of life and love, of the celebration of the beauty of nature. Painting and sculpture exploded with a new life, new color, new forms. Look at these beautiful forms of Adam and Eve on the facade of Notre Dame. Beautiful trees and leaves and bodies. 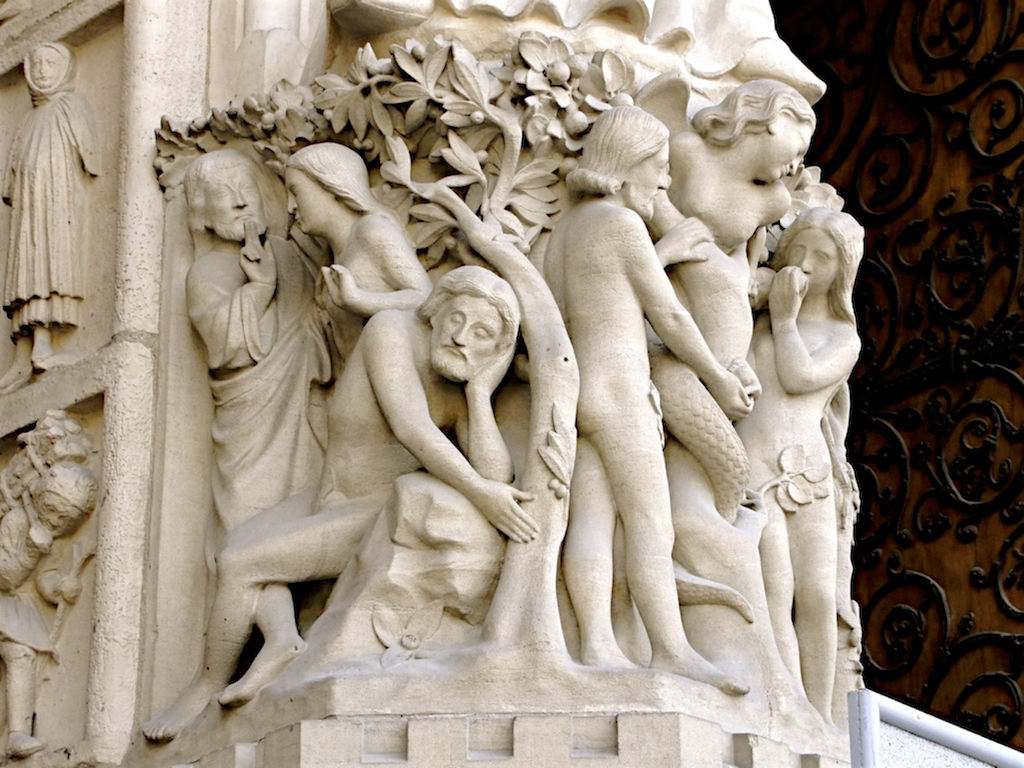