In the late 1500's people began to use a new word -- modern. It appeared in all languages but the earliest were in Italian and English -- "moderno" and "modern." But soon all European languages produced their versions of this new word. The sudden success of the word around 1600 revealed that people all over Europe felt the need to distinguish their times with a new descriptive term. The word had first appeared in Italy back in the days of Francesco Petrarca and Boccacio. Both had used the word. But obviously, the Black Death threw off all language and all thinking so the word languished for a while. But in the early 1600's people felt they were living in new times -- times that needed a new word. And so was born "modern." By the third quarter of the 17th Century, a German historian writing a world history textbook for high school students produced a history in three volumes and called them Ancient, Medieval, and Modern. And so was born the tripartite description we all use every day. The Modern Age was born, and most saw its birthday as maybe January 1, 1600. The artist who most perfectly captured this birthday occasion was an Italian named Michelangelo da Merisi. He came from a small town outside of Milan, and when he was old enough he went to Milan to study art, then went off to Rome to seek fame and fortune. In Rome, he came to be known by the name of his natal hometown -- Caravaggio. The work of Caravaggio would explode onto the tired old art scene of Italy at the turn of the century. What he did was to clear away all the old cobwebs, the old traditions of what a painting should look like, the old ideas about proper subject matter and proper treatment of the subject matter. He was the walking embodiment of the word "modern." Now when we use that word, we mean modern in the way it was seeing 1600 not in the way it would be used 300 years later with Picasso and Matisse. They were part of "Modernism," i.e. the most modernist you could be. But certainly Caravaggio was modern and revolutionary in his times. But other people were modern too like Galileo and Newton and others who were writing the book on "modern." And other artists such as Vermeer and Velazquez were going to write their own versions of "modern." Below see an example of what paintings looked like before Caravaggio.

Caravaggio: A Life Sacred and Profane, 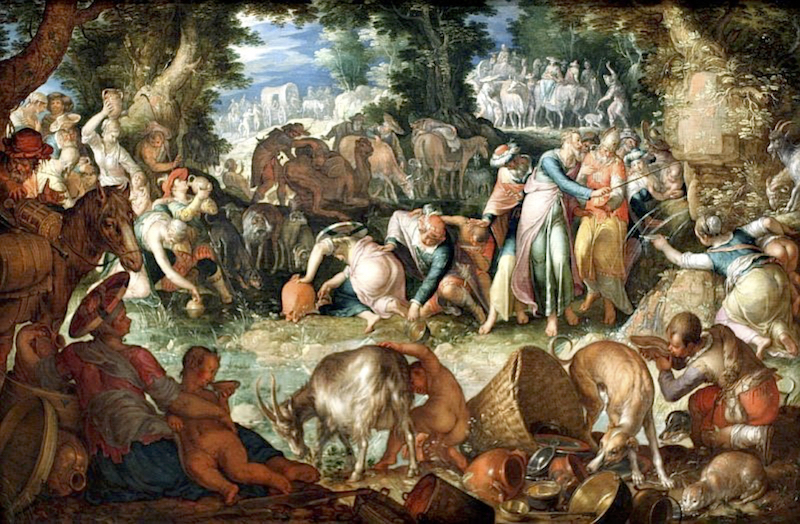 Now look at what paintings looked like after Caravaggio showed everyone how to do it -- simple, clear, common people, common actions, simple clothes. 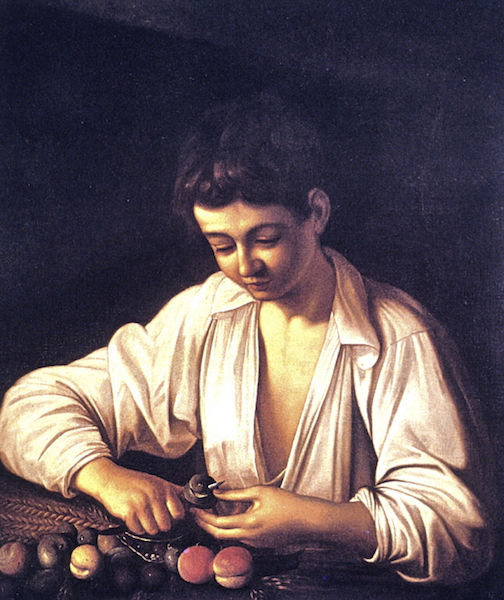