Giorgio Vasari and the New Fame of Artists

Giorgio Vasari, born July 30, 1511 in Arezzo, was an Italian painter, architect, writer, and historian, best known for his Lives of the Most Excellent Painters, Sculptors, and Architects, considered the ideological foundation of art-historical writing. He was also the first to use the term "Renaissance" in print. He was born prematurely in Arezzo, Tuscany. Recommended at an early age by his cousin Luca Signorelli, he became a pupil of Guglielmo da Marsiglia, a skillful painter of stained glass. Sent to Florence at the age of sixteen by Cardinal Silvio Passerini, he joined the circle of Andrea del Sarto and his pupils Rosso Fiorentino and Jacopo Pontormo, where his humanist education was encouraged. He was befriended by Michelangelo, whose painting style would influence his own. He died on 27 June 1574 in Florence, Grand Duchy of Tuscany, aged 62. Vasari had immense influence on art and art history. His book with artist biographies came along at midcentury when the art of printing had advanced and when publishers could include woodcuts in the printed book-portraits of the various artists. Thus Vasari's book was the first to allow readers to have an impression of not only the stories of the artists, but also their appearance. The book had an incredible success. Edition after edition was printed. Overall, the Lives of the Artists changed the public's impression of art and artists forever. Before Vasari, artists had been thought of as glorified craftsmen. After Vasari, artists came to be seen in the public's eye as enabled, special, gifted. This impression was advanced above all due to the picture Vasari painted of his friend Michelangelo. Vasari turned Michelangelo into someone nearly divine. By 1600, thanks to Vasari artists were no longer just clever workers. Now they were special, unique, worthy of great rewards and lavish life styles.
See below the interior of one of the rooms of Vasari's beautiful villa in Arezzo.

The Lives of the Artists Volume 1,

While this is just volume 1 of his series, if you want volume 2, it is available also.

Institute Library Call Number: 709.2 Vas LIV Bon
Two copies in our library (but not same edition as above). 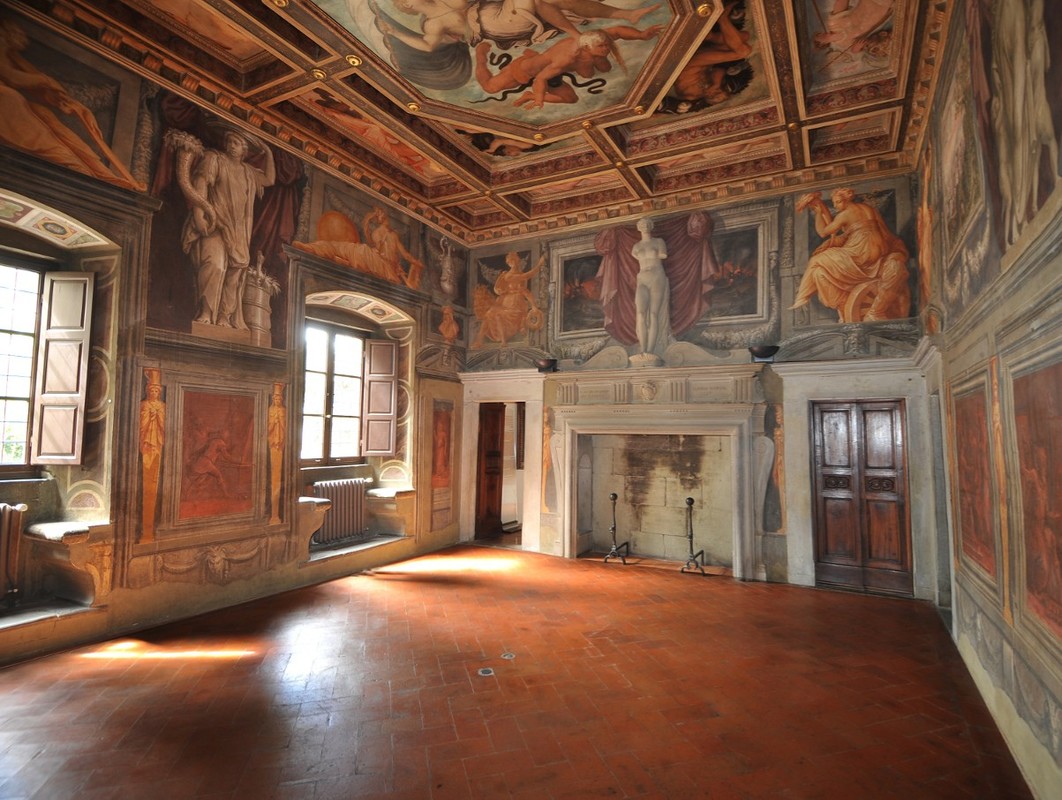