Dante wrote the greatest work of literature of the Middle Ages. His work in three parts (Inferno, Purgatorio, Paradiso) summarized the attitudes of all of Europe at the beginning of the 14th Century. For the first half of the 14th Century, Europe was swept up in an optimistic, hopeful vision of the future  with growth, economic well being, expansion of trade, and expansion of the population. His city of Florence reached 100,000, its peak until it reached that number again in the 19th Century. The trinitarian view of the world and the optimistic view of that world expressed in his poem was totally destroyed when the Black Death arrived in 1348. But for those first 48 years, Europe and especially Italy was the center of a growing creative society. Two great artists, one in Florence -- Giotto, and one in Siena -- Duccio, gave human forms and stories in their spectacular achievements at about 1310. This evening we will spend some time on these visions and their inspiration, Dante Alighieri. 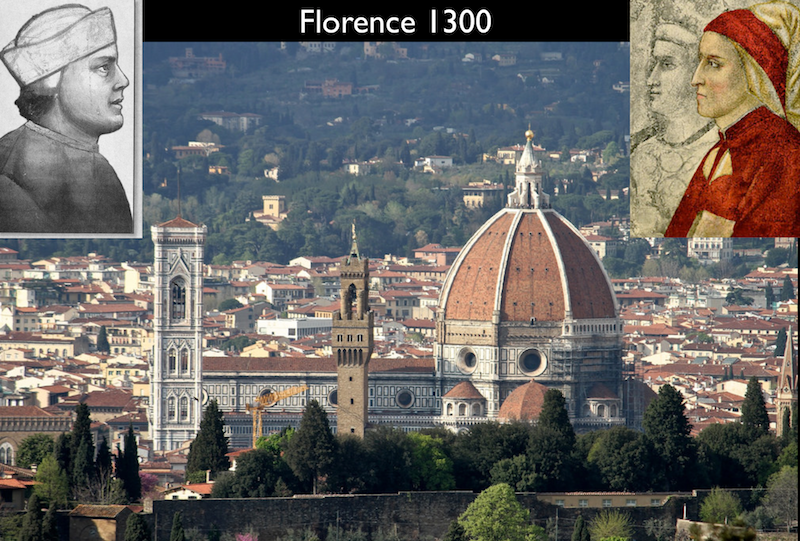