In the first decade of the 16th Century, Renaissance Florence reached a kind of peak of political creativity with their brilliant Secretary of State Niccolo Machiavelli, its wise leader Piero Soderini, and its youthful sculptor Michelangelo Buonarotti who was about to achieve international stardom with his new work David (1504). The more than 20 foot high David symbolized the courage of the little republic within the international big boys such as Milan and Naples. David stood up to the Goliaths of the world, and Florentines proudly displayed the new work when it was finished in 1504. the committee that decided where to put David include Botticelli and Leonardo da Vinci. The civic pride, the artistic pride, that all of Florence felt when David was put on display, signals a kind of summit of Renaissance idealism. The Florence's Renaissance philosophers believed that Christian piety and Classical rationalism could be combined to create a new modern civic culture. Unfortunately, the city would soon learn that by the 1500's what mattered most was power -- brute military power. But for one shining moment, Florence enjoyed international respect for its government, its literature, and its art.

A NEW BIOGRAPHY OF MICHELANGELO 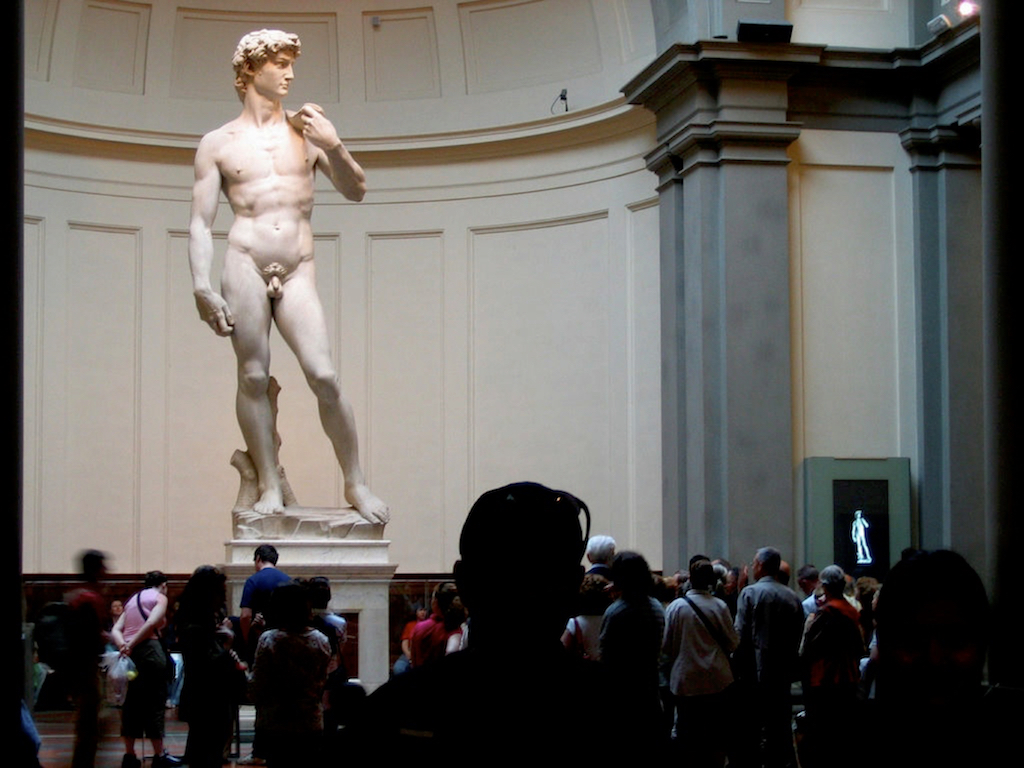