Here is a nice general introduction from the Wikipedia article on Modernism:

"Modernism is both a philosophical movement and an art movement that arose from broad transformations in Western society during the late 19th and early 20th Centuries. The movement reflected a desire for the creation of new forms of art, philosophy, and social organization which reflected the newly emerging industrial world, including features such as urbanization, new technologies, and war. Artists attempted to depart from traditional forms of art, which they considered outdated or obsolete. The poet Ezra Pound's 1934 injunction to "Make it new!" was the touchstone of the movement's approach. Modernist innovations included abstract art, the stream-of-consciousness novel, montage cinema, atonal and twelve-tone music, and divisionist painting. Modernism explicitly rejected the ideology of realism and made use of the works of the past by the employment of reprise, incorporation, rewriting, recapitulation, revision, and parody. Modernism also rejected the certainty of Enlightenment thinking that accents the rational structure of the universe and of knowledge, and many modernists also rejected religious belief. A notable characteristic of modernism is self-consciousness concerning artistic and social traditions, which often led to experimentation with form, along with the use of techniques that drew attention to the processes and materials used in creating works of art."

All of the above is true. It now has a name that we use freely -- Modernism, but that is all a product of our ability to look back a hundred years to 1900 and the origins of the Modernists. People certainly knew that something amazing was happening in the arts in 1905 with some of the most radical innovations by both Picasso and Matisse. But no one called them Modernists. They were wild beasts or something like that. For our study of the visual arts, it is Picasso and Matisse who matter. They meet at Gertrude Stein's Paris apartment. You can see all of this in the wonderful Woody Allen movie Midnight in Paris where he recreates perfectly that world of Stein with Picasso and Matisse and Modigliani and Alice B. Toklas and Hemingway all there. One can say that in this apartment is born Modernism. Stein herself was a mother of Modernism. The painting below by Picasso, Les Demoiselles d'Avignon is the declaration of independence of the movement. It is now to be seen in the Museum of Modern Art, New York City.

In Montmartre: Picasso, Matisse and the Birth of Modernist Art,

The Shock of the New: Art and the Century of Change, 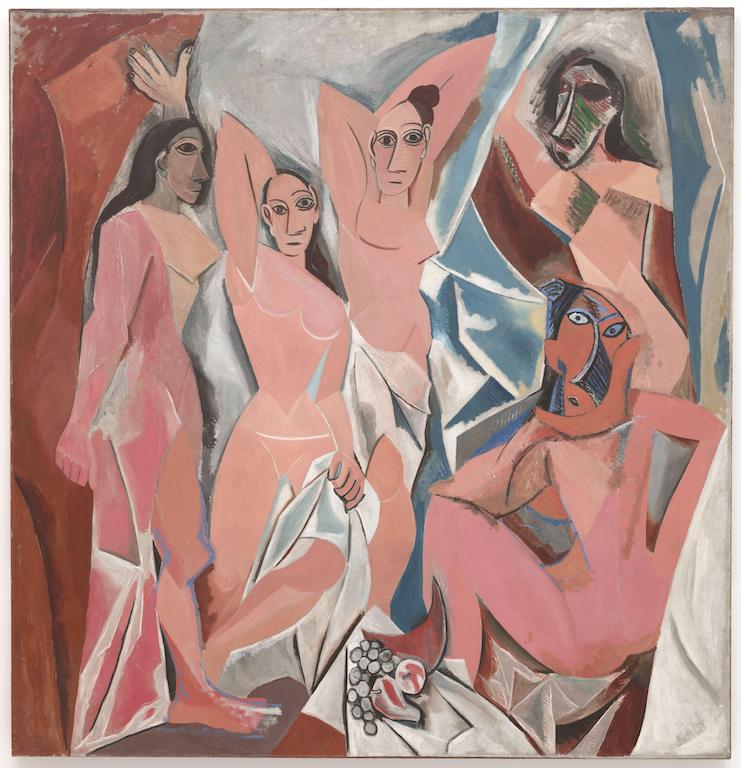