In the early 17th Century Rome exploded with creative energy. The Roman church had recovered after the hours of the Protestant Reformation and a series of energetic constructive popes in the 1600's led the church to a new confidence and a new ideology. The capital of the international Roman Catholic Church benefited from this new age. The popes wanted their capital, their home to reflect this new age of Christian unity and therefore they launched one of the greatest ages of construction and artistic achievement for Rome since the great days of the Roman Empire. Bernini, Boromini, Caravaggio, Gentileschi, and on and on, all these great artists devoted their attention to works of art in Rome.

Our Hugh Honour/John Fleming book continues to serve us all this quarter.
Pages 568-571, New Beginnings in Rome
Pages 578-583, The Easel Paintings in Italy, Bernini, Borromini

Bernini is the key figure in Baroque Rome. His creation of St. Peter's Basilica piazza is the quintessence  of the Baroque. 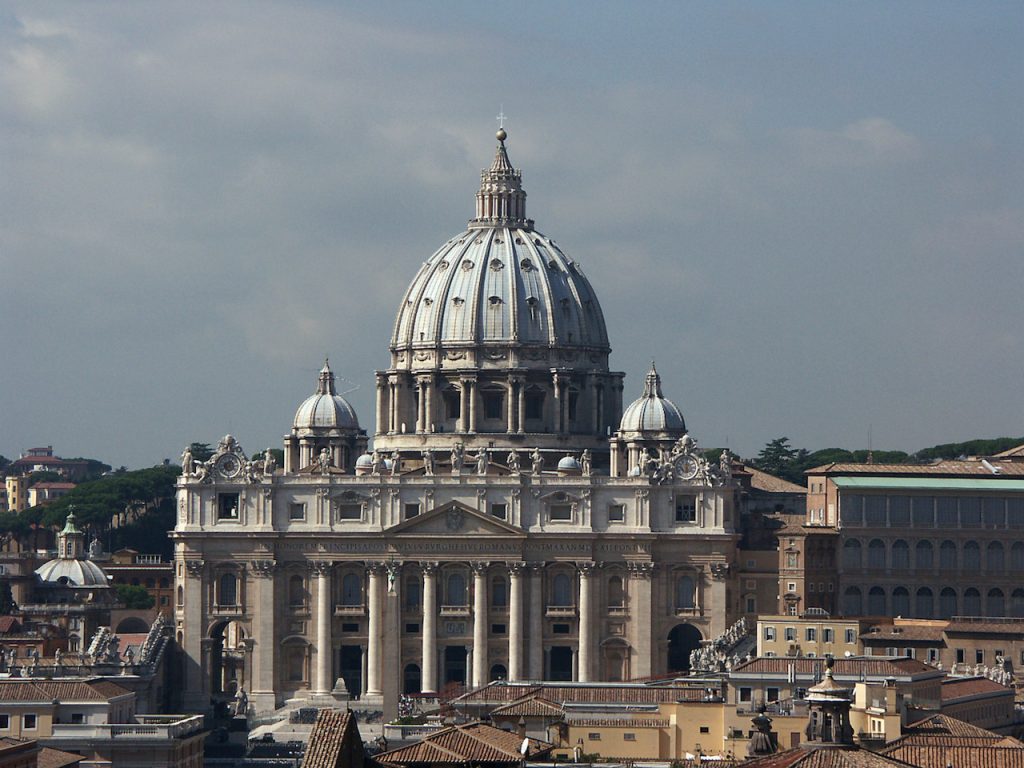