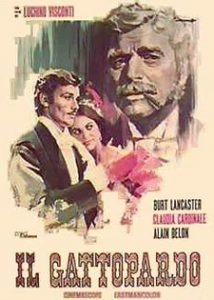 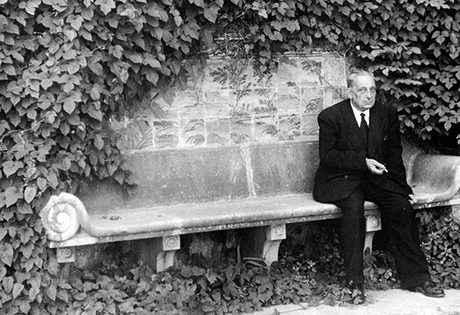 Giuseppe Tomasi di Lampedusa ; December 23, 1896 – July 26, 1957) was an Italian writer and the last Prince of Lampedusa. He is most famous for his only novel, Il Gattopardo (first published posthumously in 1958), which is set in his native Sicily during the Risorgimento. A taciturn and solitary man, he spent a great deal of his time reading and meditating, and used to say of himself, "I was a boy who liked solitude, who preferred the company of things to that of people."

Tomasi was born in Palermo to Giulio Maria Tomasi, Prince of Lampedusa and Duke of Palma di Montechiaro (1868–1934), and Beatrice Mastrogiovanni Tasca Filangieri di Cutò (1870–1946). He became an only child after the death (from diphtheria) in 1897 of his sister Stefania. He was very close to his mother, a strong personality who influenced him a great deal, especially because his father was rather cold and detached. As a child he studied in their grand house in Palermo with a tutor (including the subjects of literature and English), with his mother (who taught him French), and with a grandmother who read him the novels of Emilio Salgari. In the little theater of the house in Santa Margherita di Belice, where he spent long vacations, he first saw a performance of Hamlet, performed by a company of travelling players. His cousin was Fulco di Verdura.

Beginning in 1911, he attended the liceo classico in Rome and later in Palermo. He moved definitively to Rome in 1915 and enrolled in the faculty of jurisprudence. However, that year he was drafted into the army, fought in the lost battle of Caporetto, and was taken prisoner by the Austro-Hungarian Army. He was held in a POW camp in Hungary, but succeeded in escaping and returning to Italy. After being mustered out of the army as a lieutenant, he returned to Sicily, alternately resting there and travelling with his mother, and continuing his studies of foreign literature. It was during this time that he first drafted in his mind the ideas for his future novel The Leopard. Originally his plan was to have the entire novel occur over the course of one day, similar to the famous modernist novel by James Joyce, Ulysses.

In 1932 in Riga he married the daughter of Alice Barbi, Alexandra von Wolff-Stomersee (de) (1894–1982), nicknamed "Licy", a Baltic German noblewoman and a student of psychoanalysis. The marriage ceremony was celebrated in the Orthodox church of the Annunciation of Our Most Holy Lady Church, Riga. They first lived with Tomasi's mother in Palermo, but soon the incompatibility between the two women drove Licy back to Riga.

In 1934 Tomasi di Lampedusa's father died, and he inherited his princely title. He was briefly called back to arms in 1940, but, as owner of a hereditary agricultural estate, was soon sent back home to take care of its affairs. He and his mother ultimately took refuge in Capo d'Orlando, where he was reunited with Licy. They survived the war, but their palace in Palermo did not.

After his mother died in 1946, Tomasi returned to live with his wife in Palermo. In 1953 he began to spend time with a group of young intellectuals, one of whom was Gioacchino Lanza Tomasi, a cousin, with whom he developed such a close relationship that, the following year, he legally adopted him.

Tomasi di Lampedusa was often the guest of his cousin, the poet Lucio Piccolo, with whom he travelled in 1954 to San Pellegrino Terme to attend a literary awards ceremony, where he met, among others, Eugenio Montale and Maria Bellonci. It is said that it was upon returning from this trip that he commenced writing Il Gattopardo (The Leopard), which was finished in 1956. During his life, the novel was rejected by the two publishers to whom Tomasi submitted it.

In 1957 Tomasi di Lampedusa was diagnosed with lung cancer; he died on July 26 in Rome. Following a requiem in the Basilica del Sacro Cuore di Gesù in Rome, he was buried in the Capuchin cemetery of Palermo. His novel was published the year after his death. Elena Croce (it) had sent it to the writer Giorgio Bassani, who brought it to the attention of the Feltrinelli publishing house. Il Gattopardo was quickly recognized as a great work of Italian literature. In 1959 Tomasi di Lampedusa was posthumously awarded the prestigious Strega Prize for the novel. (WIKIPEDIA)

The Leopard: A Novel,