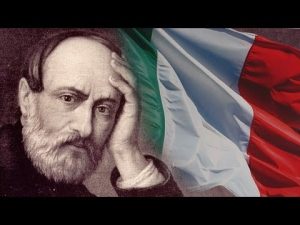 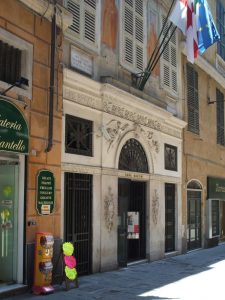 Giuseppe Mazzini (1805-1872) was one of the four men who made the new unified Modern Italy: Cavour, Garibaldi, King Vittorio Emanuele, and Mazzini. Of the four, Mazzini is the least known outside of Italy. But he is far from the least influential. In fact, one could argue that in the beginning, he is the most influential. His organization, Giovine Italia, whch flourished all over Italy from the 1830's on, prepared the ground for the unification thirty years later. And his influence continued all through the Nineteenth Century.Here you see a portrait of Mazzini and his house in Genova where he was born.

The Leopard: A Novel,