Mussolini served in the Royal Italian Army during the war until he was wounded and discharged in 1917. Mussolini denounced the Italian Socialist Party, his views now centering on nationalism instead of socialism, and later founded the fascist movement. Following the March on Rome in October 1922 he became the youngest Prime Minister in Italian history until the appointment of Matteo Renzi in February 2014. After removing all political opposition through his secret police and outlawing labor strikes, Mussolini and his followers consolidated their power through a series of laws that transformed the nation into a one-party dictatorship. Within five years he had established dictatorial authority by both legal and extraordinary means, aspiring to create a totalitarian state. Mussolini remained in power until he was deposed by King Victor Emmanuel III in 1943. A few months later, he became the leader of the Italian Social Republic, a German client regime in northern Italy; he held this post until his death in 1945 (Wikipedia) 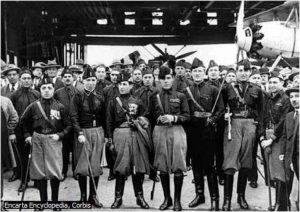 A Farewell to Arms,

Mussolini: The Rise and Fall of Il Duce,