The Era of Giolitti

As you begin reading about Week 24, you are assuming that it must be about ice cream since above is a photo of the most famous ice cream store in all of Rome (In order to see the photo, click on the Blue Date Title Bar for Week 24). Well, I just thought it was a good time for you all to learn the name of this great ice cream place just around the corner from the Pantheon for your visit to Rome. Giolitti the Prime Minister did not own it. Probably his cousin or someone. Giovanni Giolitti (1842 – 1928) was an Italian statesman. He was the 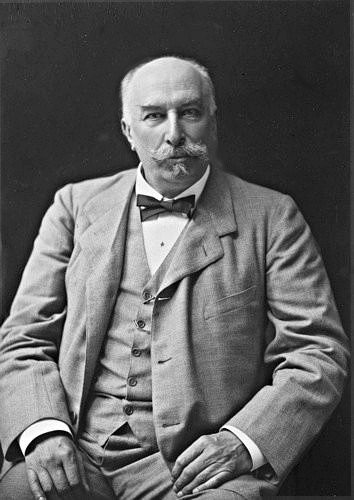 Prime Minister of Italy five times between 1892 and 1921. He is the second-longest serving Prime Minister in Italian history, after Benito Mussolini. He was a prominent leader of the Historical Left and the Liberal Union. Giolitti is widely considered one of the most powerful and important politicians in Italian history and, due to his dominant position in Italian politics, he was accused by critics of beign a parliamentary dictator. Giolitti was a master in the political art of Trasformismo, the method of making a flexible, centrist coalition of government which isolated the extremes of the left and the right in Italian politics after the unification. Under his influence, the Italian Liberals did not develop as a structured party, they were, instead, a series of informal personal groupings with no formal links to political constituencies. The period between the start of the 20th century and the start of World War I, when he was Prime Minister and Minister of the Interior from 1901 to 1914 with only brief interruptions, is often referred to as the "Giolittian Era."