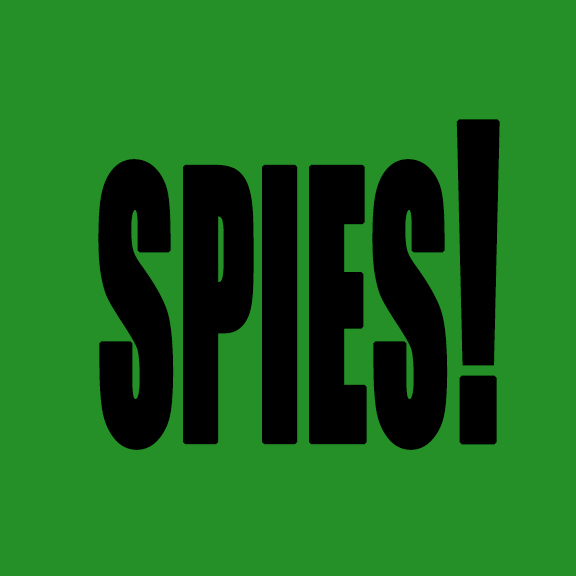 (a ten-lecture series ~ see titles below)

Richard Sorge, unlike so many of Stalin’s most successful spies and moles, did not work against the British or the Americans, but against the Germans, in Japan. In Tokyo, on the eve of WWII, he constructed one of the most successful spy rings in the history of espionage, giving him direct access to the most secret communications of both the Japanese and the Nazi regimes. TICKETS

The classic Hollywood film got it right: Casablanca was a hotbed of intrigue and espionage during WWII. Jewish refugees, desperate for visas, jostled with Nazi agents and collaborators who were plotting to extend Hitler’s empire. After the city fell to the Allies, it became a key hub for the invasion of North Africa and the first theater of operations for the American OSS. TICKETS

By the end of WWII, the British were using the earliest computers to crack German codes. How it was possible for the British to break what the Germans thought was the unbreakable Enigma machine for encrypting radio communications?  How did this astonishing British breakthrough in signals intelligence serve as a force multiplier for the Allies against the Axis powers? TICKETS

Juan Pujol Garcia (whom the British Secret Service named Agent Garbo) was the double agent whose brilliant work enabled the D-Day landings to succeed. Garbo had a vivid imagination and a talent for lying that made him the key figure in an elaborate campaign of strategic deception before and after the Allied assault—and Hitler gave him a medal for his service! TICKETS

Mata Hari, the famous spy of WWI, was an exotic dancer who tried to leverage her love affairs with officers on both sides of the conflict. Tried for treason, she faced a French firing squad. In contrast, the best female agents of WWII were much more successful. Their careers are among the most fascinating, and least remembered, stories of espionage and resistance in WWII. TICKETS

AUG 2: Alger Hiss: The Papers in the Pumpkin

Alger Hiss (1904-1996), graduate of Harvard Law School, protégé of Supreme Court justices, president of the Carnegie Founda- tion for International Peace, director of the State Department’s Office of Special Political Affairs, adviser to President Roosevelt at the Yalta Conference of 1945, and one of the American architects of the United Nations, was a spy for Joseph Stalin. TICKETS

The Cambridge Five spy ring had one of the longest runs in the history of espionage, providing Stalin with high-grade intelligence from the second half of the 1930s through the beginning of the 1950s. Why did they do it? Why did they emerge from Cambridge, rather than, say, Oxford? How did they do it, and how did they get away with it for so long? TICKETS

The trial of Julius and Ethel Rosenberg for espionage is one of the most famous in American history. They were indeed guilty of conveying information about American weapons systems to the Soviets, but their role in the transmission of atomic bomb technology was secondary. Why, then, were they executed, whereas the German scientist Klaus Fuchs, and others, were not? TICKETS

Aldrich Ames (CIA) and Robert Hanssen (FBI) are both candidates for the title of “worst spy-traitor since Benedict Arnold.” Long after the golden age of Soviet espionage in the U.S., Russia continued to recruit moles, but now the motive was money. Ames and Hanssen were double agents who sold for millions the names of intelligence officers working against the USSR. TICKETS

We remember Ian Fleming (1908-1964) as the author of the James Bond novels, the basis for the most successful and longest running franchise in the history of the cinema.  But the real Ian Fleming had a colorful and distinguished career as assistant to the Director of Naval Intelligence during WWII, and he drew directly on that experience in creating the Bond novels. TICKETS

Bruce Thompson is a lecturer in the Departments of History and Literature and the Associate Director of Jewish Studies at UC Santa Cruz, and also teaches at the Institute. He received his Ph.D. in History from Stanford; his areas of scholarly research include American and European intellectual and cultural history, French history, British Isles history, American Jewish intellectual and cultural history, the history of cinema, and the history of espionage.