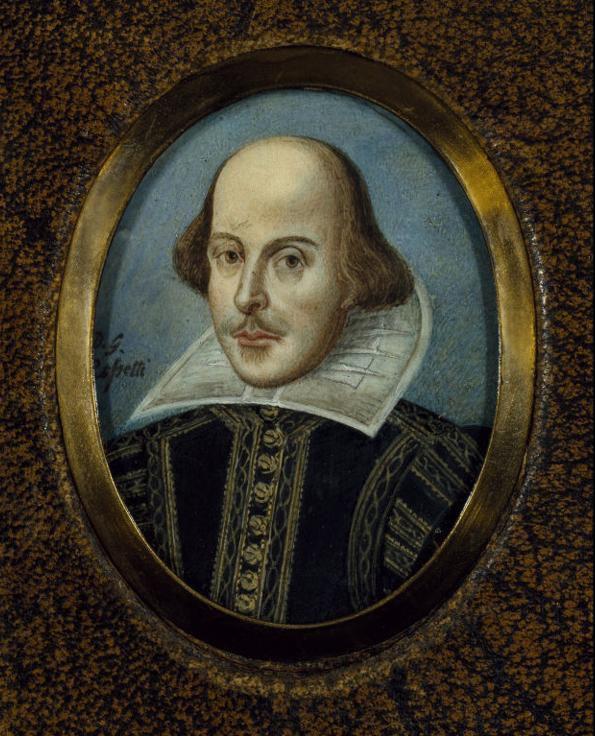 Dante Gabriel Rossetti’s miniature portrait of William Shakespeare,
watercolor and gouache, circa 1865. Based on the Droeshout Portrait.

A series of twelve lectures by

who discusses William Shakespeare’s contributions
to our understanding of the human experience.
Ten lectures focus on specific plays and two focus
on the biography and artistic techniques of Shakespeare.

Much Ado About Nothing

What’s So Great About Shakespeare?

Arlene Okerlund, Ph.D., Professor Emerita of English at San Jose State University, specializes in Shakespeare and in Medieval/Renaissance studies. She twice taught in SJSU’s Semester-Abroad-in England where she loved studying Shakespeare and English history on site. During retirement, she has published biographies of England’s first Yorkist queen, Elizabeth Wydeville, in Elizabeth: England’s Slandered Queen, and the first Tudor queen (mother of Henry VIII), in Elizabeth of York.