The Death of the Queen 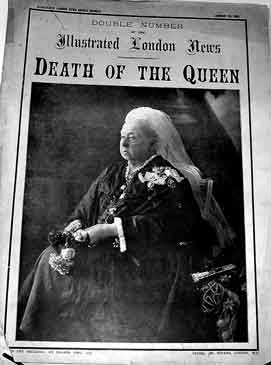 "Victoria was the most powerful queen, and the most famous working mother, on the planet. When we allow her to remain— as she has done in public memory for so long— submerged in her black piles of mourning, we forget that Victoria had been fighting for her independence, her prestige, and the honor of the Crown since she was a teenager, and did so successfully and in large part alone. We also forget that she fought for an empire and values she believed in and worked until her eyes wore out, that she advised, and argued with, ten prime ministers, populated the royal courts of Europe, and kept the British monarchy stable during the political upheavals that shook Europe in the nineteenth century. We forget that she loved again, that she giggled when grandchildren played at her feet, that she helped avoid a war with the United States, that she leapt upon opportunities to fire or anoint prime ministers. We forget that suffrage expansion and antipoverty and antislavery movements in the British Empire can all be traced to her monumental reign, along with a profound rethinking of family life and the rise of religious doubt. When she died, in 1901, she was the longest-reigning monarch in English history, and she remained so until 2015, when her great-great-granddaughter Elizabeth broke Victoria’s record."   (Julia Baird, Victoria: The Queen: An Intimate Biography of the Woman Who Ruled an Empire, 2016)