The Renaissance in the Netherlands: Erasmus 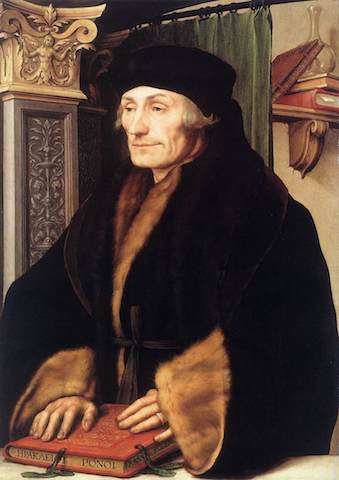 Above you see the brilliant portrait of Erasmus by his friend Hans Holbein. Erasmus was famous much before Luther. And his achievement of publishing and New Testament in Latin and Greek provided Luther with much of the work for his own German Bible. Erasmus and Luther shared much in their mutual disdain for the corruption of the Roman church. But Erasmus stopped short of breaking completely with Rome. Thus, Luther and Erasmus show us two possible roads in the early 16th century: one led to total rebellion and the other one led to the reformed Roman church.

The Praise of Folly and Other Writings,