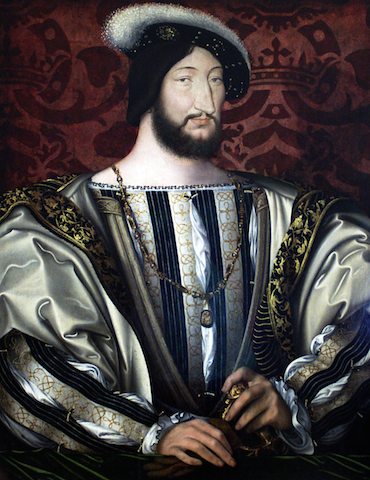 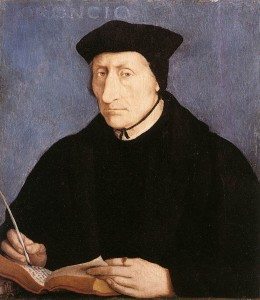 The two men pictured here are central to this week’s study, since it is during the lifetime of King Francis I, that France engages fully with the ideas and artistic achievements of the Italian Renaissance. Budé was the intellectual teacher for the King on those educational ideas that mattered. His influence would help to change Medieval France into Renaissance France. One such idea was a college that would prepare young French students with a knowledge of Latin and Greek (Hebrew too) and the cultural heritage of Rome and Greece. In other words, Budé’s idea about the College of France (which the King founded as recommended by Budé) was the very core of all modern ideas about an education in the humanities before graduate school (Medical, Legal, or Business). From 1500 to 2000 most colleges would have agreed and would have provided, until recently, exactly this humanistic education that Budé recommended.

J. R. Hale, The Civilization of Europe in the Renaissance.  This study of the whole Renaissance period in all of Europe was the final masterpiece of one of the greatest historians of the Early Modern period.  John Hale was working on this book when he suffered a debilitating stroke.  But his wife, Sheila Hale, and other scholars finished the book for publication and we are all enriched by its availability.  It is in print, but you might also look at used copies of the original quality paperback.  This book will serve us for the whole year-long course.  It is especially useful for Winter and Spring Quarters.