The Renaissance in France: Italian Artists in France 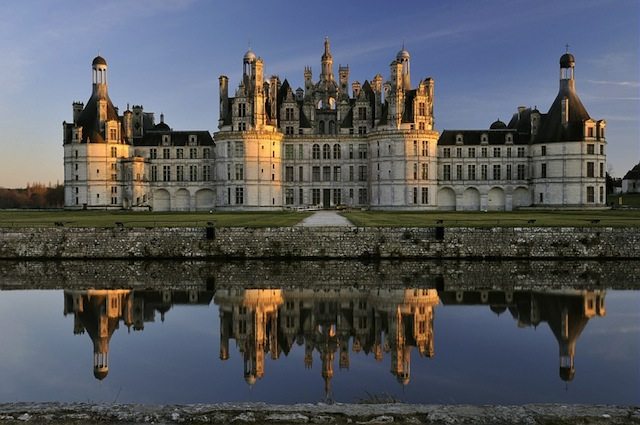 The chateau above is Chambord. It is the single best example of the power of Italian Renaissance art in France. It is very possibly the idea of Leonardo da Vinci who lived in Amboise as the guest of King Francis I in the last years of his life. That Leonardo would choose France for his last years, tells us of the attraction that the northern kingdom now held for Italians. Leonardo was the most celebrated Italian painter of the time. His painting of the Last Supper in Milan, was now the most famous painting anywhere in Europe. Did he plan this fabulous chateau with Francis? If he did, and I think he did, then it remains to this day the best example of the enduring power of Renaissance classicism, the same architectural style that would soon be described in detail in the great book by Andrea Palladio published in Venice in 1570, the single most influential book on architecture ever published.