From Scipio Africanus to Marcus Aurelius

From the Third Century BC, Rome was caught up in the Iberian peninsula. The success of Carthaginian Spain raised the possibility of the whole of the western Mediterranean becoming a Carthaginian lake.  And this Rome could not tolerate. So between 300 BC and 200 BC, Carthage and her colonies in Spain became the number one foreign policy issue for the Roman Republic. Scipio Africanus is the most important person in this duel.  He beats Carthage at the final battle of Zama outside of Carthage in 202 BC. Spain became the most important province in the growing state of Rome. And Spaniards  became powerful and important in the capital. Trajan (53-117) and Hadrian ( 76-138 ) were both Spaniards and are the first of a number of important non-Italian emperors. The rise of Trajan and his chosen succesor Hadrian marks an era of successful imperial leadership during which each emperor adopted his successor and brought about one hundred years of relatively peaceful Roman imperial leadership. Trajan came to power due to his military acumen and the fact that the troops respected him. He came from southern Spain, Italica in the present Andalusia. His reign is a high mark of Spanish influence in the empire. It reveals the nature of the empire in the year 100 A.D. as one of truly international federation of nations. But it also marks the decline of real representative government. This is the era of Emperors. The Senate is now less important.

Anthony Everitt is one of the most popular writers among Insitute readers.  His biographies of Cicero and Augustus are excellent.  Here he writes about the Spanish Emperor Hadrian.

Hadrian and the Triumph of Rome,

The author of biographies of Augustus and Cicero, British scholar Everitt now combines academic expertise with lively prose in a satisfying account of the emperor who ruled Rome from 117 to 138 C.E., the man Everitt says has a good claim to have been the most successful of Rome's leaders. As a youth, Hadrian became the protege and adopted ward of future emperor Trajan. (Homosexual emperors, including Hadrian, often adopted a successor, a procedure that worked better than letting pugnacious generals fight it out.) After suppressing the Jewish revolt that had begun under Trajan, Hadrian abandoned several of his predecessor's conquests as indefensible. Traveling the empire, he shored up its defenses, which included building Hadrian's Wall in England and another across Germany. Nearing the end of a prosperous, mostly peaceful reign, he adopted two men who also ruled successfully: Antoninus Pius and Marcus Aurelius. Everitt presents the Roman Empire, in what he calls tempestuous and thrilling times, as an almost ungovernable collection of polyglot nations dominated by ambitious, frequently bloodthirsty and unscrupulous men. Readers will wonder how Rome lasted so long, but they will enjoy this skillful portrait of a good leader during its last golden age. 2 maps. (Sept. 8) Copyright &#169; Reed Business Information, a division of Reed Elsevier Inc. All rights reserved. --This text refers to the Hardcover edition.

"One gets a clear and compelling sense of Hadrian's times." --”The New Yorker

Among the many Spanish sites of importance in Roman Spain, Taragona preserves some of the most interesting: a great Roman Theater and a Roman Circus, Roman Forum, and spectacular Roman Acquaduct. You will enjoy Taragona. 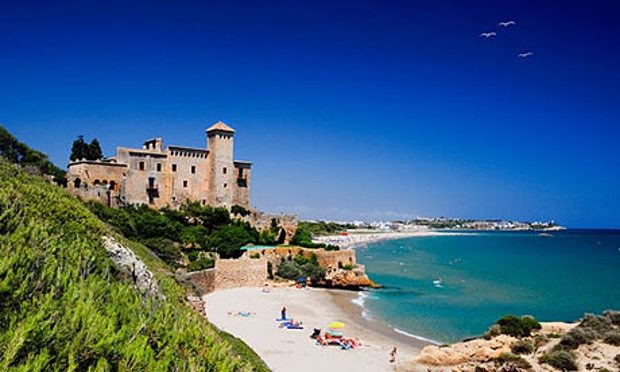