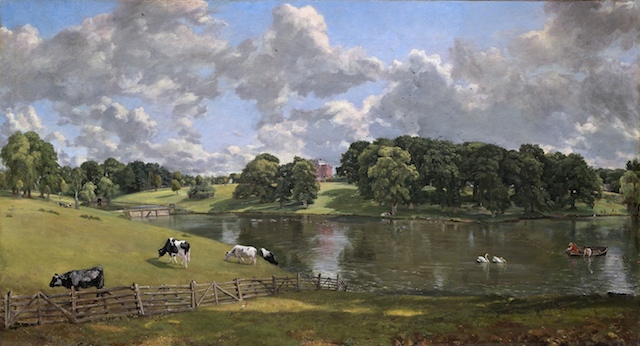 The painting above is the magnificent Wivenhoe Park by John Constable. It is not French and therefore you are wondering why it heads up this page about French art. That is the subject of our studies this week. What were the influences in French art in the 19th century. Who were the artists and who were the writers (Rousseau) whose thinking was influential in the century between 1750 and 1850.