In 1808, Napoleon invaded Spain.  He pretended to be protecting the poor feeble King but no one was fooled.  The Spanish operation was the turning of the tide.  Whereas in other operations Napoleon’s brilliant planning guaranteed success, in Spain he had it all wrong and had totally misunderstood the Spanish people.  Goya witnessed the war and produced some of his greatest paintings in response.

Francisco José de Goya y Lucientes (30 March 1746 – 16 April 1828) was a Spanish romantic painter and printmaker regarded both as the last of the Old Masters and as the first of the moderns. Goya was a court painter to the Spanish Crown, and through his works was both a commentator on and chronicler of his era. The subversive and imaginative element in his art, as well as his bold handling of paint, provided a model for the work of later generations of artists, notably Manet and Picasso.  His “Third of May” is considered one of the greatest paintings of the nineteenth century and the single most important painting to reflect Spanish reactions to the Napoleonic invasion of Spain. 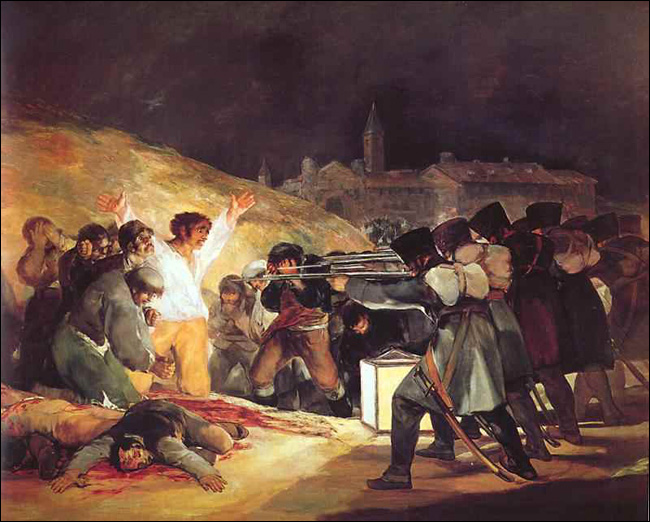 "History of Modern France" studies the French story from the French Revolution of 1789 to World War I.  During our thirty weeks we will study history, read fiction and poetry, discuss art and artists, and try to connect all these fields into one narrative explaining the formation of modern France.