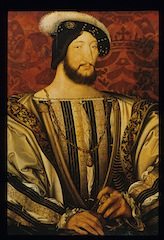 King Francis I was born in 1494, the same year that King Charles VIII led a French army into Italy. It was due to a series of surprising family tragedies that left Charles with no living male relatives to succeed him in 1498, and brought about the same situation for King Louis XII, such that in 1515, when Louis died, his distant cousin Francis became King of France at the age of 21. Francis dominated France at the exact same time that Henry VIII was ruling England. The two monarchs met many times and were intensely jealous of each other. Who was taller? Who was the better athlete? Who had more women? The two men were almost exact contemporaries and their two deaths at close to midcentury left each nation in the hands of a child king: Francis II and Edward VI. Francis was the true Renaissance king, devoted to art, devoted to the Italian cultural excellence that we call the Renaissance. Think about one thing: Francis brought Leonardo da Vinci to live his last years in France. What greater devotion could we imagine to Renaissance Italy? 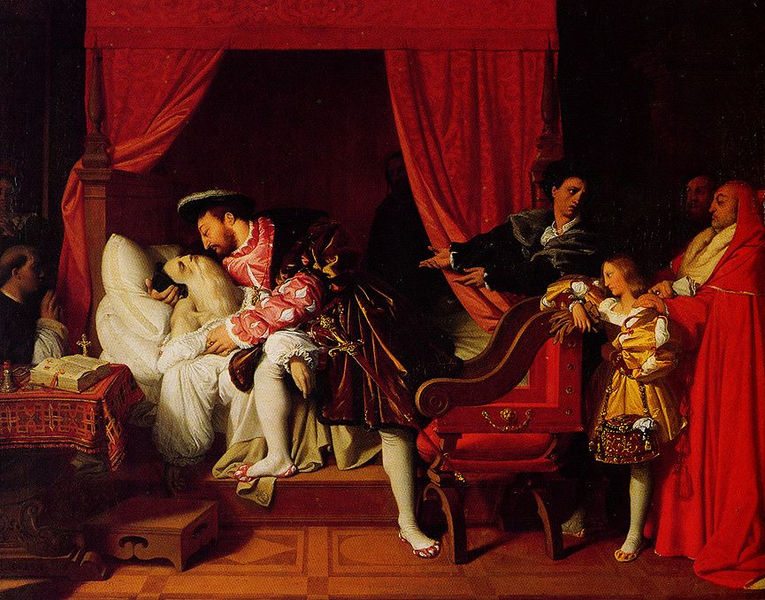 The Winter Quarter of "History of France" is devoted to the centuries between 1300 and 1600: the era of the Renaissance and the Reformation.  We will meet the great monarchs of this age, Louis XI, Francis I and Henry IV, and the brilliant members of their courts as well as their lovers, their wives, and their mothers.  Two great women dominate much of this period: Joan of Arc, and Catherine de' Medici.