Louis XIII (September 27, 1601 to May 14, 1643) was King of France and Navarre from 1610 to 1643. Along with his First Minister Cardinal Richelieu, Louis "the Just" is remembered for the establishment of the Académie française and participation in the Thirty Years' War against the House of Habsburg. France's greatest victory in the war came at the Battle of Rocroi, five days after Louis' death, "marking the end of Spain's military ascendancy in Europe."  Louis' peaceful succession to the throne at age 10 in the midst of the crisis of his father's assassination continues the two-hundred-year Bourbon story in France.   His mother Marie de' Medici dominates the first decade of his reign.

Nicolas Poussin (June 15, 1594 to November 19, 1665) was a French painter in the classical style. His work predominantly features clarity, logic, and order, and favors line over color. His work serves as an alternative to the dominant Baroque style of the 17th century. Until the 20th century he remained the major inspiration for such classically-oriented artists as Jacques-Louis David and Paul Cézanne.  Poussin is the father of seventeenth-century Classicism so in this second week of our class, we want to pause to talk about Classicism in the arts and the work of this very great French painter.  In later weeks we will explore other aspects of French Classicism: Versailles and Moliere's theater. 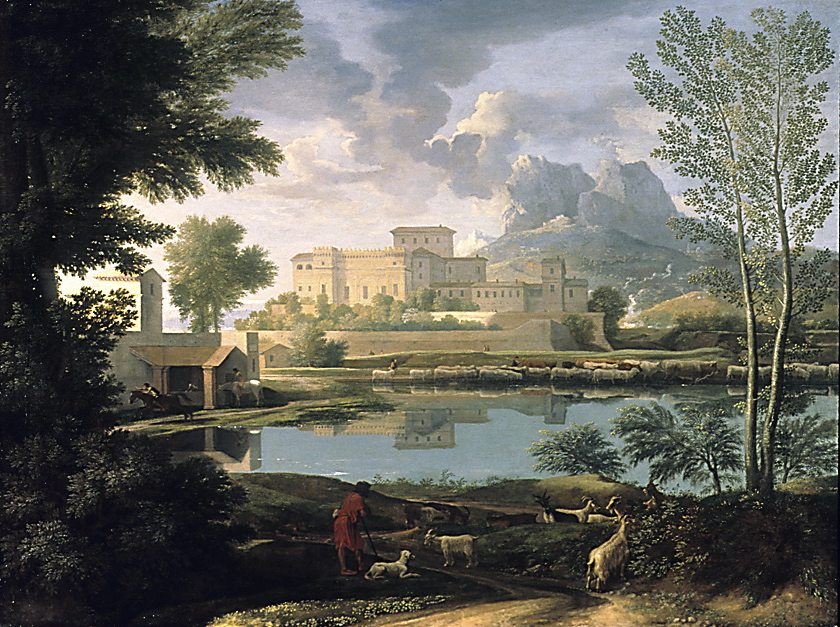