In his seventy seven years (1748-1825), David painted everything, knew everybody, participated in every major political event, and gave us all a brilliant record of revolutionary France. He had very good luck. He was always in the right place at the right time. He climbed to the peak of power in the Revolution, and then when the revolution devoured its own including David, and David ended up in jail, he picked exactly the right survivor midst the chaos of the Terror and his new acquaintance, a young army man from Corsica, saved him and carried him again to the top. David's life and art is one of the great stories of Eighteenth-century France. And many of his paintings are spectacular. He is the creator of one of the most influential paintings of all time: "The Oath of the Horatii" now in the Louvre (see below). 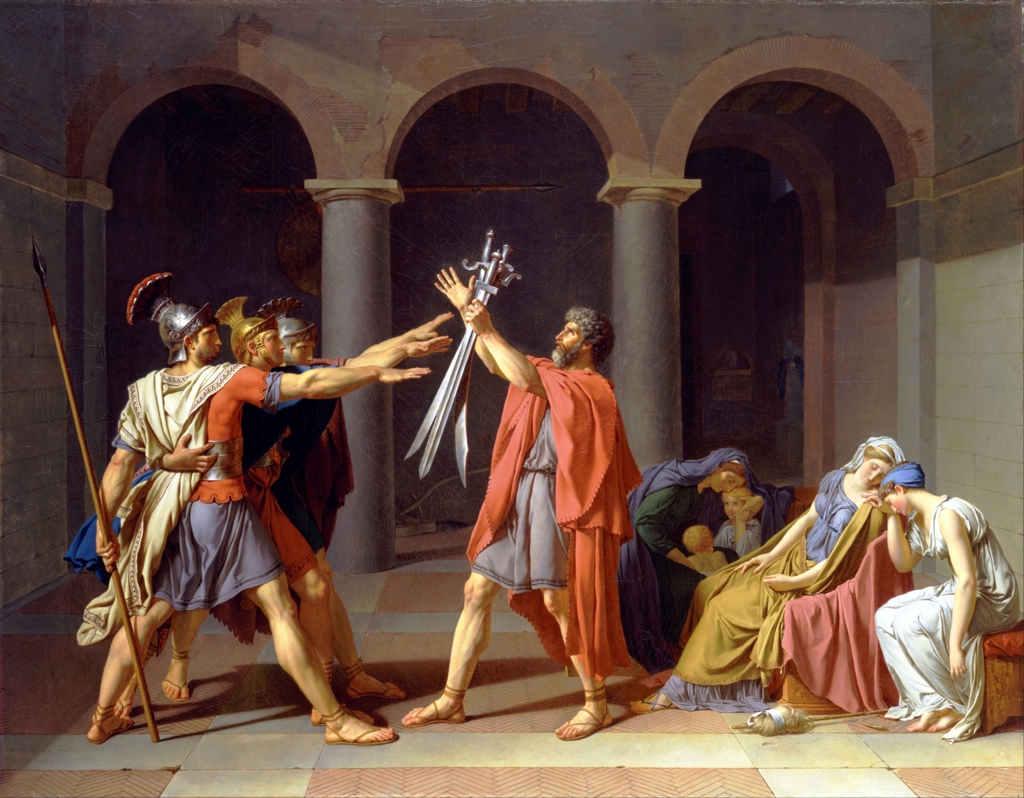