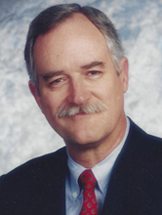 Bob was raised in Menlo Park and has a Stanford B.A. in political science. Following graduation, he spent a year with the Commerce Department in Washington, D.C. and three years as a congressional legislative assistant and press secretary. After his return to the Bay Area, he went to work for Santa Clara County, where he served as the County’s Public Guardian, Director of Criminal Justice Planning, and Director of Alcohol and Drug Services. He retired from the County in April of 2012 after 41 years of service.