The Third Reich: Rise and Fall 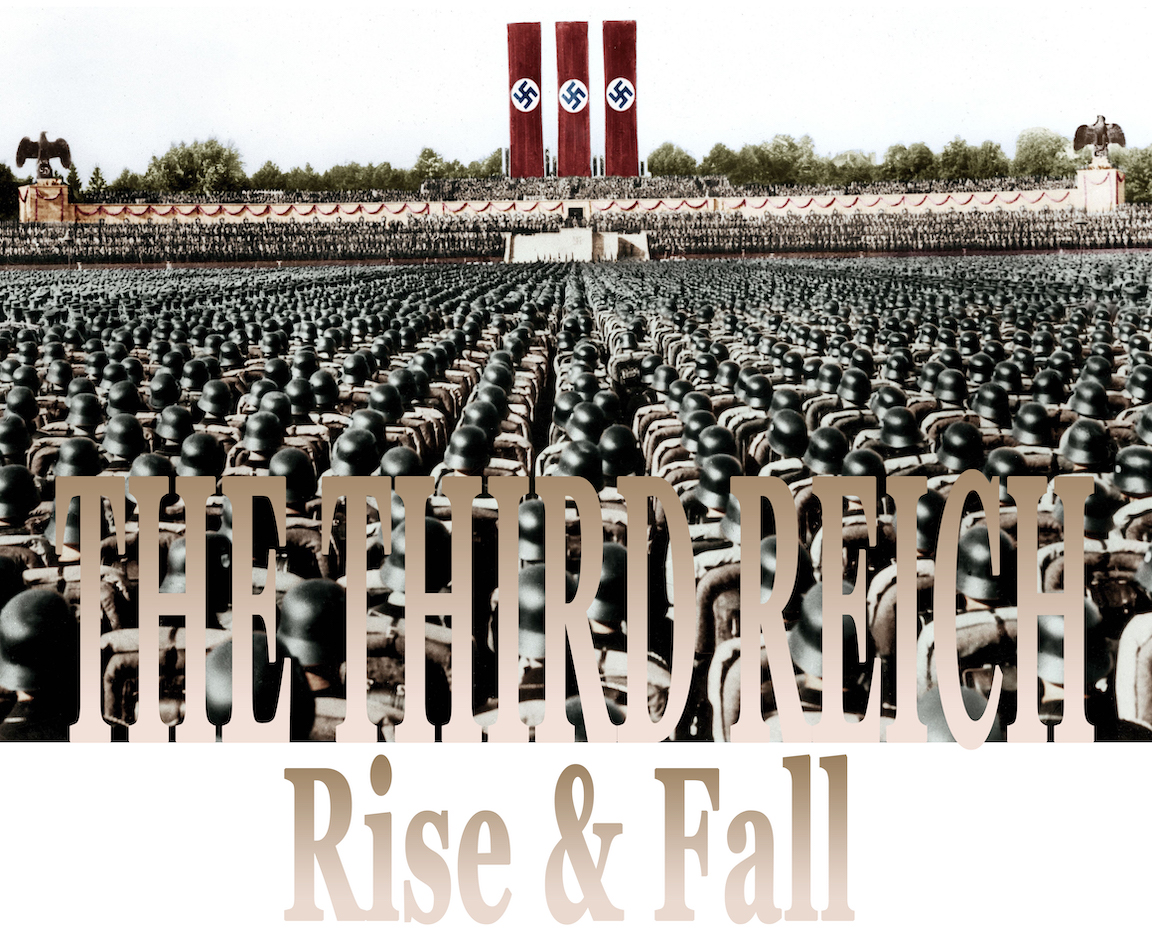 (a six-lecture series ~ see titles below)

This six-lecture series surveys the life of Adolph Hitler and the history of the German nation as it fell under his sway. It considers how Hitler and his movement achieved such an extraordinary hold over German life, the character of the domestic regime they established, and the course and consequences of the world war that was required to bring them down.

Hitler’s early life reveals the development of his character and ideas. It also provides a useful lens with which to view the condition of Germany during and after the First World War, a conflict whose consequences made Hitler’s rise to power possible. TICKETS

In 1924 Hitler was the embittered and imprisoned leader of a small fascist party on the margin of German politics. Ten years later the German army would swear personal allegiance to him as chancellor and Führer. This lecture will explain how this happened. TICKETS

Germany society under Nazis rule was shaped by the dystopian racism at the core of Hitler’s world view, and by recurring struggles for power within the Nazi elite. The chaos of the Hitler state stood in sharp contrast to the adamantine image of order and efficiency that the Nazis always sought to project. TICKETS

Hitler came to power determined to reverse Germany’s defeat in 1918. By 1938 he had settled on a policy calculated to provoke renewed war on terms that would insure Germany’s triumph. He failed, but even so, it was only in 1942 that the strategic initiative fell from his hands, as the forces arrayed against him became unmasterable. TICKETS

The middle years of the war were defined by the efforts of both sides to assemble the moral and material strength required to wage “total” war. By the end of 1943 there could be little doubt how it would all end. Yet war continued unabated, even as it expanded to encompass mass murder on a previously unimaginable scale. TICKETS

The final years of the Second World War present a spectacle of unparalleled violence and destruction that continues to cast its shadow in our own time. They also created the conditions out of which the basic features of the contemporary world order would emerge. TICKETS