Giuliano della Rovere became Pope Julius II  in 1503 when Alexander VI (Rodrigo Borgia) died.  We have been talking about Giuliano della Rovere for this whole quarter. In 1503, he had been one of the most powerful cardinals for almost 40 years. He and Rodrigo Borgia had both been nominated cardinal by a loving uncle when they were still in their twenties.  Thus, they had both had long careers of very great power in the church before they ever became pope. Della Rovere had been one of the main contenders in the election of 1493. Now, finally, he was the number one man; something he had dreamed about for almost half a century. Below, you see a portrait of Pope Julius by his friend Raphael. 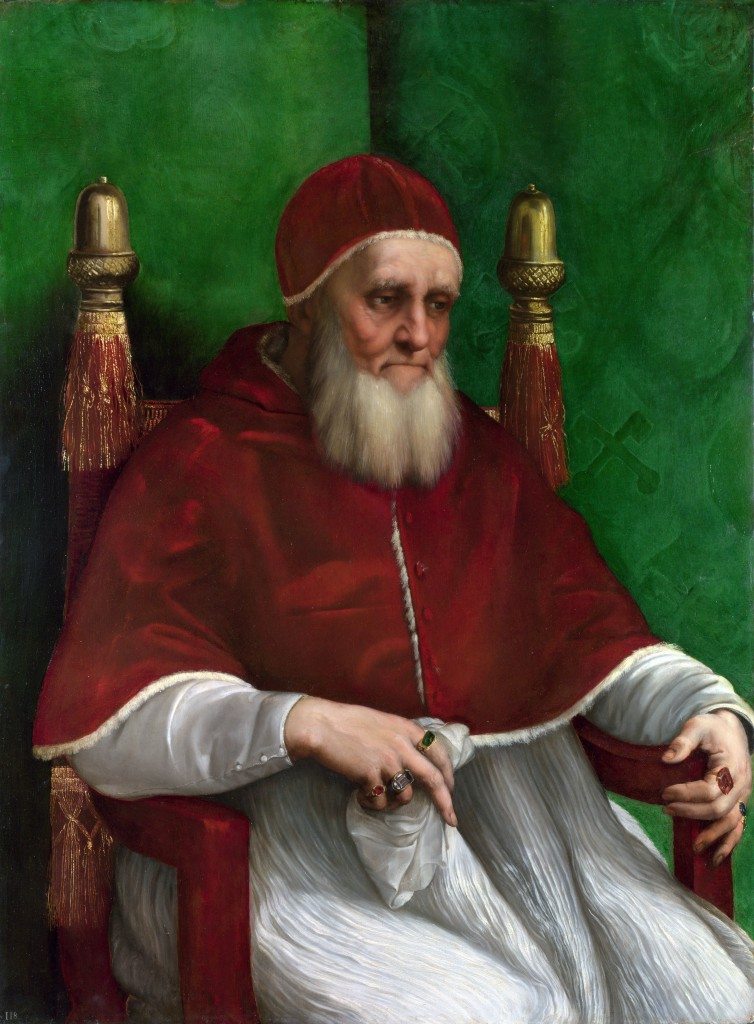